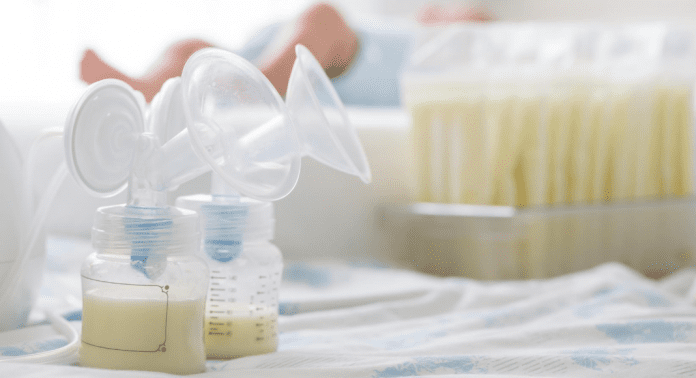 During my first pregnancy, I read, researched, and took classes about parenting and babies to make sure I was prepared for my newborn. One undisputed recommendation from all sources was that breastfeeding is the most beneficial source of nutrition for your baby. During my pregnancy, I took a breastfeeding class with my husband. We wanted to gather more knowledge about breastfeeding positions, pumping, and storing breast milk. After taking the class, I was even more anxious about breastfeeding, it was information overload. I began to over-analyze and worry that it wouldn’t work for me and my son. What I wish they discussed in those classes was exclusive pumping. Maybe then I would have found my solution sooner, instead, the start of our journey was rough.

The First Week of Breastfeeding

The day finally arrived when my son made his appearance and it was a moment no mother ever forgets. One of our first bonding acts as mother and son were attempting our first feeding. I tried to relax and just follow the steps I had learned in the classes and books. I thought I was prepared for the initial discomfort that would inevitably occur, but in reality, it was painful.

The lactation consultant at the hospital was great, she reassured me that the pain was normal, especially for first-time moms. I continued to breastfeed every couple of hours through the pain. The lactation consultant gave me a nipple shield to help with the pain and some lanolin cream as well. She loaded me up with all kinds of goodies. I received a manual breast pump, in case my electronic one ever stopped working. I also received some TheraShellsTM that helped to prevent rubbing or irritation from my clothes when I wasn’t nursing. Those were an absolute gift that I needed for the first few weeks!

After leaving the hospital, we went to our first pediatrician visit. That’s when the tears came. The pediatrician was concerned because my son had lost too much weight. I explained I had been feeding him every couple of hours, even waking him up in the middle of the night to feed if he slept more than three hours. All the while through these feedings, I’m crying through the pain. The doctor gently said that the baby needed to be supplemented with formula at least until my milk came in. That’s when I lost it. I started crying, feeling like a failure for starving my child. My husband and the doctor tried to explain that this wasn’t something to be upset about, but instead just something to monitor and make sure the baby was getting enough nutrients to grow.

The Pain of Breastfeeding

I also noticed that even after feedings I still felt engorged and had two clogged ducts in the first four weeks. And then sure enough at six weeks, I felt this hot tingly in my chest and was very sore. I went to my OBGYN. She told me I was a very unique case because I had double mastitis. From that point on I had to breastfeed my son, follow-up with formula, and then pump for 20 minutes to make sure that I emptied out all of my milk. As a sleep-deprived mom already, I felt that all I was doing was feeding the baby and not enjoying my time with him, but I soldiered on.

I read online about how to increase my milk supply and frantically tried everything I could think of to increase it. I ate oatmeal each morning for breakfast, I drank a cup of mother’s milk tea a day (tastes like black licorice – not my favorite), I also was taking 9 capsules of Fenugreek a day. My husband would joke with me, saying “Did you cook pancakes?”. Fenugreek can have a side effect of making you smell like maple syrup and boy did I! I also avoided caffeine, starting downing coconut water and Gatorade. Doing all of these things helps to increase your supply. I also increased my calorie intake to make sure my body could handle the additional effort to create milk.

Feeding the baby every two hours, while actually feeding him took at an hour at a time to do was taking its toll. Thankfully at 10 weeks, I had gained enough of a frozen supply to stop the formula. But I continued to try to breastfeed, bottle feed, and then pump. I was lucky that my husband would help, even in the middle of the night, he would feed my son the bottle so I could pump to save myself some time.

Asking for Help with Breastfeeding

During month two, I started to dread breastfeeding even more because it still wasn’t going as planned. I was still in pain during feedings and he still needed bottle feeding to supplement, so I decided to go to the local La Leche League. I explained my situation and the woman gave me credit for making it this far. She examined my son and explained that he has a high palate which can make breastfeeding and extracting milk hard for him. This explained so much and gave me a lot of relief. At the La Leche location, we weighed him before and after a feeding and she confirmed he was getting milk because he gained a few ounces after the feeding. She encouraged me to continue on and that my body should start to react to his large appetite and make more for him.

My son was turning four months on my 30th birthday. By this time, I was down to breastfeeding him once a day and pumping/bottle feeding the rest of the time. I dreaded breastfeeding each time. My husband offered gentle advice and said it’s time to stop. I was miserable and my son was perfectly content with a bottle. I felt an insane amount of mom guilt and that we wouldn’t bond as much. But I knew that I couldn’t continue on like this. The day before my 30th birthday we had our last breastfeeding session. The next day he happily drank a bottle and I enjoyed our feedings so much more. I let go of the stigma that I needed to physically feed him from my body. Instead, he still received breast milk through a bottle and I began my long journey of exclusive pumping.

Reading articles online, I was offended of accusations that I was “taking the easy way out” with exclusively pumping. Exclusive pumping is not easier, in fact, I find it more difficult. I had to entertain my son while hooked up to an electronic breast pump for 20 minutes every few hours. Then I still had to feed him. Not to mention, the constant cleaning of all of the breast pump parts along with the bottles. No, it definitely would have been easier if I could have just fed him through the traditional breastfeeding route. Having no mess, no cleanup would have been great, but that wasn’t our journey.

Through my myriad of supplements and different foods to help increase my supply and my round the clock pumping, I was able to gain a frozen supply that would last him about 10 days past his first birthday. I decided to end my pumping journey with the support of my family, although it was a hard decision. As a mom, I thought, well if my body is making the milk shouldn’t I continue? I look back now and laugh, I had achieved a major accomplishment and now it was time to move on to the next phase. To avoid mastitis and clogged ducts, I gradually increased the time between my pumps and then shortened my pumping time, and luckily it worked. So on New Year’s Eve, I did my last pump and was able to sleep through the night for the first time in 10 months.

My breastfeeding journey may not have been typical, but I consider it an accomplishment. Every woman has to choose what’s right for her and her baby whether that’s formula, breastfeeding, or exclusive pumping. We should support each other in our decisions and know that everyone’s journey is different. Finding groups for exclusive pumpers was great, knowing that other women had similar experiences to me and I wasn’t alone. I did what was best for my son and myself. As I anticipate the birth of my daughter in the spring, I go into it with no preconceived notions. Each child is different, but this time I’ll try to let go of the mom guilt and focus on the best options for us.

For more stories on breastfeeding check out some posts from my fellow contributors. 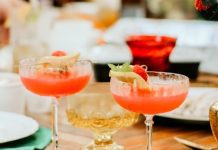 Mocktail Recipes fit for a Queen