Cameron is 12—nearly 13. That’s right a tween. And so this year, I began my impossible journey of gift-giving for tweens.

He is, without a doubt, the hardest person I have to buy a Christmas present for.

I know what you’re thinking, he’s MY son, I know him better than anyone, I should know what he wants for Christmas.

I do. But I refuse to put a ton of video games underneath the tree.

My goal in life is to get him OUT of his room and AWAY from the video game console.

I refuse to support his habit.

So, there goes that.

Well, I think Cameron may know the difference between a football and a basketball—but I’m not quite sure.

He “plays” lacrosse… But only because my husband and I force him to do something active.

I’m NOT getting him another animal. He has a dog. The end.

He’s not into clothes yet. Or shoes. Or anything that resembles style. So don’t even think about gift-giving for tweens as being easy.

My husband and I have discussed getting Cameron an “experience”. I think that idea is a winner when he’s a little bit older. I think Cameron would really love a day alone with just Mom and Dad at Disney… Or he’d love going somewhere to swim with the dolphins or get up close with some other sort of animal.

But, c’mon, he’s still only 12. He still wants to wake up on Christmas morning and have something under the tree.

I LOVE that he likes Legos. He will sit for hours at the table and create these amazing, massive masterpieces.

But here’s the thing about that. He’s built them all…

So… buy him the Millennium Falcon Lego, you say.

It’s $800. Doesn’t that seem crazy as a solution for gift-giving for a tween?

Now, I’m not one of those crazy moms that think I need to spend the same amount on all my kids. There’s no way I would spend $800 on a trillion Barbie dolls for my daughters.

I guess I have a few more days to figure it out. Help me out….What are your plans for gift-giving for tweens? 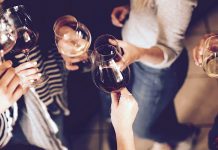 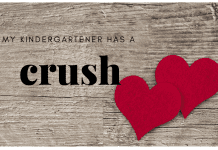 My Baby Has a Boyfriend: Your Child’s First Crush

Are You Mistaken For a Grandmother?