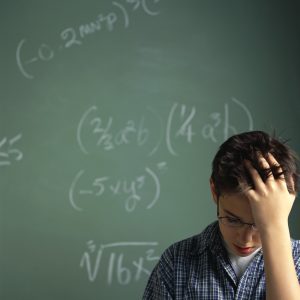 From the young age of two, my son Luke was quirky. He began to demonstrate some very different (and possibly gifted) behaviors compared to his other toddler buddies. I noticed that he would prefer to play by himself. He’d line up his cars in size, and in color order which was is something that he did often, and in a seemingly compulsive way. He memorized about 50 Pokémon and their attributes, before entering Kindergarten. He held a certain set of internal rules that if not followed by me, my husband or himself would result in a meltdown or standoff. An instance I recall so vividly, (this is 19 years ago), involved “The Routine of the Steps”. We had a split level home that required us to walk down half of a flight of steps to the front door. In the process of leaving the house, the Internal Rule Master Luke would need to reach the door before any of us. If this routine was not upheld, there would be tears, crying, and protest. It was a situation that baffled us, but we continued to roll with it, unknowingly that this was the beginning of other unique, quirky and challenging behaviors to come.

My husband and I would discuss whether his behaviors were just quirky and challenging – or if he could be gifted. We knew that our son was smart because he developed his language skills very young and began having conversations at three. One of these conversations stopped me in my tracks as I was trying to explain God to him, at this very fragile young age. I simplified the broad definition of God and that he was a higher power. He asked, “Mommy if God is our God, then who is God’s God?” Three years old… I knew at that moment there was something different about him. He had a special soul. But with that, came concerns. In first grade, I received a call from the school guidance counselor. Her voice held a concerned tone of urgency, informing me that my son was not interacting with others on the playground during recess. She was concerned because she observed him walking around and looking at his shadows in the sunlight. Later that day, I asked him what his recess was like, and he explained that he was more interested in creating shapes with his shadows than playing with the other kids. He explained the games they played were silly and he didn’t like them. He was acutely aware of his choice, and clearly confident about making it. There is a social and emotional side to gifted kids that is often overlooked, yet such a huge component to their being.

Gifted isn’t always what you think it is.

According to the findings in the article written by G. Betts and M. Neihart, Profiles of the Gifted and Talented, there are six different profiles of gifted kids. It is an interesting article which talks about the different types of kids and how they perpetuate their giftedness. The different profiles are The Successful, The Challenging, The Underground, The Dropouts, The Double Labeled, and The Autonomous Learner. Ninety percent of gifted kids fall into The Successful category which is the stereotypical gifted kid. They will perform well in school, get all A’s, are rarely behavior problems, follow all the rules and have learned how to please their teachers and parents. My son was this type, an easy kid, with quirky attributes that make him unique and amazing.

But, what if…there are problems instead?

These are the kids that go undetected and unidentified. They are overlooked as gifted because they are not the typical high achiever or rule follower. On the contrary, they are the student that is the behavior problem, the one the teacher is dealing with, day in and day out. I am a gifted endorsed teacher, and over my 14 years of teaching, I have identified these exact types of kids. It is heartbreaking when I see their hopeful light that is unfortunately buried deep inside. I see a sliver shine out of their tough exterior and get a glimpse of who they are. It’s a golden flash, that lets me peek into what could lie beneath their hardened shell. These are the misunderstood gifted kids. These are the kids that the teacher requests the parent in for a conference, and explains to them that their little Johnny isn’t producing consistent work, is disruptive, calls out, acts out, is the class clown, and is an average or below average performer. These kids are usually angry. They feel that the system has failed them somehow because their needs and talents haven’t been recognized. They can be seen as quirky, weird or as loners. This is the profile of “The Dropout”. I see them. I look deeper. I know there is a reason for their behavior… there has to be.

If this is your child, and you have the feeling that their behaviors are that of a gifted profile, ask your school to screen them for giftedness. There is a simple screener to start the process. If you ask for your child to be screened, it will be done. If they qualify for further evaluations, it will be taken to the next level with the school psychologist. Thereafter, if your child does, in fact, qualify for gifted services in their school, they will be given the appropriate goals to work towards, based on their strengths. Allowing them to further develop their own unique gifts and talents. Every child has unique gifts and they all bloom in different ways and at different times. We need to see our quirky kids in a different light, in order to truly know what shines within.

Further reading on this subject can be found at http://seng.org and at http://www.DavidsonGifted.org 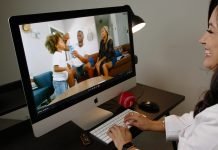