This is a piece that could be written every year;  the TBMB editors could drag it out or link to it or name check yearly because here is the reality of life, folks: celebrity moms and dads will always name their kids “weird” names. 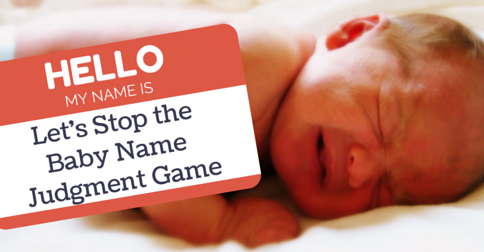 Not all celebs, of course, but many. And as the celeb crowd goes, so goes much of the popular-culture consuming nation. It’s now almost a pastime: 1. Celeb has baby. 2. A few days later, baby name is released to the public. 3. For two nights to two weeks, depending on the celebrity of the parent(s), said baby name is a comic punchline for late night shows, entertainment “news” outlets, magazines, etc.

Or, if the name is “normal,” it’s either gushed over as “classic” or derided as “boring.” Prospective parents, take note: even from this early on in your parenting career, you can never win.

Maybe a lucky celeb is in equal measure admired and an innovative selector of classic names and their offspring’s name starts a trend, a la all the “Ava”s born after Reese Witherspoon named her little one that. This, however, is the exception. Far more often the names of celebrity offspring are met with scrutiny and then mockery.

My guess is that this phenomenon has arisen concurrent with our tabloid-obsessed culture (after all, celebs were naming kids weird stuff way back in the day, but there weren’t 200 media outlets that fed the news of the new baby to the public) and a cultural climate I like to term “Can’t Shut Up.” Have an opinion about something? Make an account on our website and fire away! This shooting off at the mouth might be OK if limited to anonymous online boards, but in my experience as a mom it has translated into real life. (moms, get ready to nod that head with me) I can’t tell you the number of super intrusive, inappropriate questions I received when pregnant and later with my baby girls. When did simply nodding and saying “that’s great!” or “congratulations!” go out of fashion? I do not care AT ALL that you wanted a boy second; I just told you I am currently pregnant with a girl! Seriously? Oh, am I going to “try” for a boy next?  How about we just see how this one goes? If two girls were good enough for King George VI, the Obamas and the G. W. Bushes I think that’s good enough for me!

Like weddings and illness, baby names can bring out the worst in people. I have to give my parents props for this: they were trailblazers of the idea of keeping the baby name secret and instead answering the “what are you going to name it?” (It was the 70s. I was an “it” until birth!) with absurd misinformation. “Garage Door” and “Patio Furniture” were my parents’ two favorite answers to the name question. Mom and Dad told me that they knew people would wrinkle their noses or have something dumb to say about the name “Quincey,” but that it is much harder to be a jerk about a baby name when you are holding the sweet baby in your arms.

In our celebrity-obsessed, “can’t shut up” culture, we all get to virtually view the sweet bundle of joy, and unimpeded by being face to face with beaming parents, (or sometimes when we are!) people just feel free to spout off.

Stop it. Let me tell you what you do when you criticize an infant’s name (other than look like a massive jerk).

Parents name their children based on many factors, but I would posit the most important is a vision of what they think that child’s future will or could be. For example, when selecting names for my two girls, my husband and I wanted something that would be unusual, but every teacher who ever encounters her in an American school could read her name easily off the role. Her name mustn’t limit her job prospects; she could run for President or work in a creative field just as easily with this name (though, to be fair, we never thought the US would elect a president named Barak Hussein Obama, but I still contend women are judged more harshly for everything, even names) The name should “pop” on a resume, meaning perspective employers would remember it, and if that prospective employer couldn’t guess the gender, even better. Last, it could not end in an “a” or “uh” sound as that would not flow well with our last name. That was our vision.

So for everyone fired up about the latest “nutty” celebrity baby name selection, I want you to be crystal clear what you are doing when you criticize a child’s name to his or her parent or just in general. You are saying, in effect, “Your vision of your child’s future is stupid. All the wishes and hopes embodied in that critical choice of selecting the syllables by which the world will know your offspring are garbage.”

I don’t know about you, I was raised better than that. Say whatever you like, you are free to do so, but understand that, consciously or unconsciously, that dismissiveness and derision is the subtext of your commentary. So maybe just hold your tongue in and instead say “Wonderful! Congratulations!” 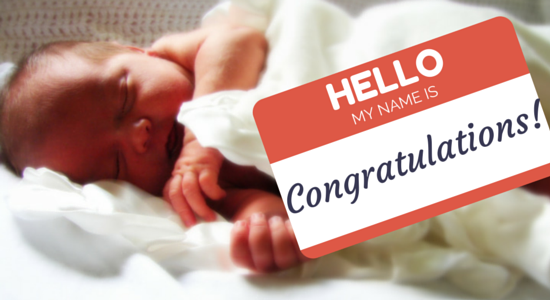 I’m not willing to be a jerk. I know exactly who commented negatively on my girls’ names, and believe you me, I won’t forget. So go on with your bad self, North West. Kick some butt, Ocean Whittaker, Blue Ivy Carter, and Moxie Crimefighter Gillette; this momma bear is behind you and your mom and dad.