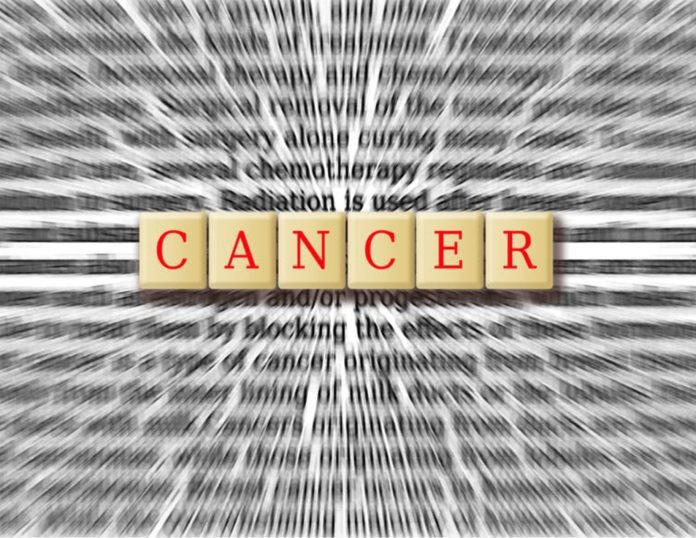 My mom got her cancer diagnosis about two weeks before Thanksgiving. She had a small, stage 1 cancer in her right lung. The doctor recommended surgery to remove half her right lung. I had to think about how I would go about explaining the “c” word to my little ones.

After that, the doctor was confident she would be cancer-free. Despite the doctor’s optimistic outlook, my mom fell into a deep depression and begged me not to tell her grandkids.

I told her I wouldn’t, but I struggled with that decision.

My son is 12 and very, very, very close to my mom. He was going to know something was up.

My daughters, 8 and 6 would be a little more oblivious.

Besides, I wasn’t sure if I wanted to explain cancer to them anyway. Explaining the “c” word to my children wasn’t exactly something I was prepared to do right now.

Back to my son, I struggled with not telling him. He kept asking me where Gama was and I simply told him she wasn’t feeling well.

My mom was too depressed to want to join the family for Thanksgiving.

It broke my heart that she didn’t want to be with the family. I mean, I guess you never know how you’re going to deal with something like cancer until you’re going through it… But although I knew the prognosis was very positive, I couldn’t help but think, this may be my mom’s last Thanksgiving with us and my kids are missing out on having their Gama there.

I was a little bit pissed.

And my son knew something was up.

I begged my mom to let me tell him… And still, she said no. She didn’t want him to worry and she was embarrassed that all her years of smoking led to this.

I told her that Cameron deserved to know and deserved to be able to spend some time with her before the surgery, which was scheduled the week after Thanksgiving.

Still, she said no.

I continued to lie to my children and avoid explaining the “c” word.

I continued making excuses for their Gama.

The surgery came and went, my mom, came through it well.

The next day, I told Cameron what was up.

I told him that Gama had a very small cancer in her lung and the doctor removed it during surgery. I told him she was in the hospital recovering and was going to be okay.

He’s a very sensitive child but took the news extremely well. I fear I may have been a little too flippant. I remember him saying, “Wow, that was easy!”

A couple of days later, my girls demanded to know why they hadn’t seen Gama in a few weeks. My mom usually volunteers at my daughters’ school… So when she’d been MIA for several weeks, my youngest finally demanded an answer.

I told them Gama had a boo-boo on her lung but she went to the hospital and the doctor helped her. That’s how I went about explaining the “c” to my kids.

They were satisfied with that answer.

The first time we saw my mom post-surgery, she was still in a lot of pain and I had to explain to the kids that they had to be gentle when hugging her and that she wasn’t able to walk around as much as they’re used to.

They were great with her. They didn’t ask too many questions and just seemed satisfied that Gama was okay.

In hindsight, I still think I should have told my son what was going on earlier in the process and utilized resources to help me do it. As close as he is to my mom, if anything had happened, I would have hated myself for keeping it from him and denying him those last few weeks of calling her and visiting her as much as possible.