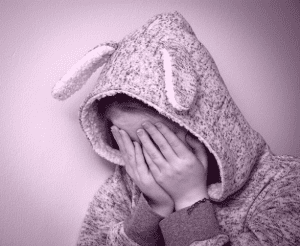 At what age can you honestly say that your child can handle bullying on their own? When should I step in with friends and bullying? The answer isn’t always clear. In fact, it’s muddy. As a parent, I have very high expectations for the way my kids treat others. This has been one of the main focal points in our home since they were very young. Parenting is flexible.  However when it comes to teaching my children about integrity…I am hardcore. The times that I feel that I have done my job well as a mom, is when I hear my kids speaking with compassion to others, or showing this trait through kind acts. It’s the Golden Rule. This, to me, is the highest form of success as a parent.

So, when my daughter was faced with a group of mean girls, I could not control the emerging Hulk that began to rise up inside of me. I contemplated and measured, just how long I could wait, and let her fend for herself before my activewear seams began to burst.

As an elementary public school teacher, I have the option to take my daughter to attend the school where I teach. There are pros and cons to this situation. She has friends in both little worlds. She has a few friends in our neighborhood,  but she isn’t connected to the outer network of school kids that attend our community school. Therefore, understandably, classmates’ birthday parties and play dates don’t involve her. Nevertheless, she is often lonely. So, on this occasion, she was home while her friends attended a classmate’s birthday party. Suddenly her phone started to chime with texts – one after another! Naturally, she dashed over to her device and began to open several texts. These messages were slowly draining the smile away from her little, confused face.

I soon sensed what was happening. These girls had been watching some of her Musically (Tic-Tock) videos and had determined that even though most of them hadn’t ever met her, that she was not accepted by their little group. One girl decided to instigate some interviews of a couple of others, proceeded to bash her, and thereafter sent these videos to my daughter, in a stream of adolescent envy and ignorance. This was a terribly cruel attack. My mommy rage had started to boil. They were bullying her.

She wanted (still wants) to give these girls a couple of weeks to forget about it all and let everything just blow over. I get it. She is ten. But I have such a hard time allowing that to happen. As I feel that allowing that, sets a precedent as acceptable and tolerable, I decided to step in. I had to, I couldn’t help it. My seams had burst! I blocked the girls from my daughter’s phone and I contacted the parents. Unfortunately, the response was lukewarm, but I knew that their reaction was not in my control. It was more about what I need to do, in order to teach my little girl…who will soon become a teenager, and then a young woman and hopefully, eventually, a Hulk mom.