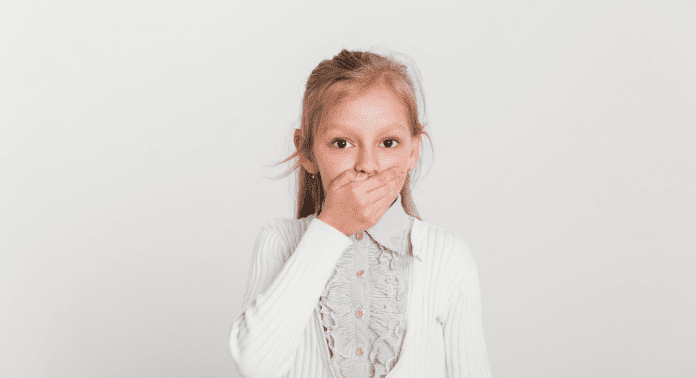 One evening during quarantine, my family was sitting around the dining room table after dinner playing a game of UNO.

That’s when my 8-year-old daughter leaned forward to pick a card, rolled her eyes, and as casually as you could ever imagine said, “darn yellow”.

Except she didn’t say “darn”.

Finally, it hit her. She realized what she just said and freaked out.

She jumped from the table sobbing and ran to her room.

I took a deep breath.

This was my fault.

My husband and I don’t shy away from cursing in front of our children. And sadly, I knew that I had become even more cavalier about it recently. (I blame quarantine, eLearning and working from home).

And now I knew, something had to change. There could be no more cursing and kids.

I walked upstairs to my daughter’s room where she was still embarrassed, sobbing, and choking out apologies. I took her in my arms and told her I was sorry.

And then, I explained to my daughter that we are both intelligent ladies and saying words like that only makes us sound less intelligent. We are smart enough to express ourselves in ways that are not so ugly.

I told her I didn’t want to hear words like that come from her lovely lips ever again.

That’s when we made a pact.

I will stop cursing so much as long as she doesn’t do it either.

We both went back downstairs and resumed UNO.

It’s been several weeks since that incident and I can tell you I have become MUCH better at not cursing so much around the children. Especially when it comes to the really, really bad words. (You know which ones I’m talking about). And the few times a word has slipped my lips, my daughter is the first one to speak up and say, “Mommy, you’re too intelligent to say words like that.”

That’s how I handled the situation of cursing and kids… With my sensitive daughter, I figured that was best.

However, asking around, there are other ways my friends have handled this type of cursing and kids situation:

So, there are many ways to handle this type of cursing conundrum. It depends on the age and the sensitivity of the child. But, I have learned, it’s not the end of the world when you hear your lovely 8-year-old daughter say a dirty word over a game of UNO. Even though hearing her say that word hurt my heart, it has really been a valuable lesson for all of us. 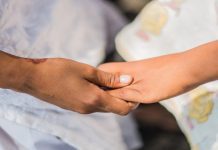 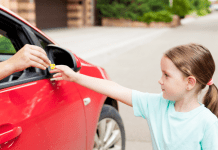