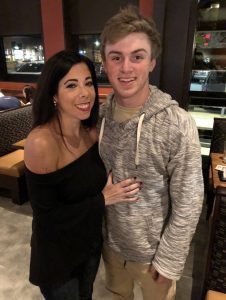 We all know the story about the wicked stepmother enslaving Cinderella. The evil woman didn’t want to let her go the ball. It took a fairy godmother and some mice to transform Cinderella and help her escape the wrath of this terrifying maternal figure and find her Prince Charming.

Thanks a lot Disney, for giving stepmoms a bad reputation. In reality, stepmoms deserve some props! It’s not an easy job. It is a huge choice to become a parental figure to a child you did not birth and to love them as your own.

Once upon a time in a land far away (St. Pete actually), I met this handsome man who happened to manage the gym I attended. As we flirted and discussed the New York Yankees, I noticed a picture. This tiny, adorable blonde boy, who resembled him A LOT. He was like a little clone.

My gut said RUN AWAY. Children, parenting, dating a guy who already had a kid was SO not on my radar! But, my heart could not. There was just something about this guy. So I had to follow my heart. After months of dating, my then-boyfriend, slowly introduced me to the tiny blonde kid named Damon, who was barely seven years old.

And life began to change

Suddenly, many of my weekends went from the typically 20-something child-free activities to attending kiddie lacrosse games. In fact, I became a travel lacrosse “Mom” pretty quickly thereafter. Spending weekends in the hot sun, dragging coolers of Gatorade and fruit from field to field, watching him compete in tournaments.

It was totally awkward for me, then a twenty-something without their “own” child, to be immersed in the world of the “soccer mom.” Despite that, it was important to me to show Damon I cared about him too. And also, thanks to the more experienced Moms, I already know the best ways to sneak adult beverages onto the tournament fields. If  your kid is on a travel team with my kid, you’ll want to hang out in our tailgate tent, trust me!

When the time came for my husband to pop the question, his little man was right beside him (smiling and taking pictures). They spent the afternoon plotting and planning it all out. As the sun set on Clearwater Beach he proposed, officially inviting me to be family. One year later, my stepson stood next to his father as we officially wed. 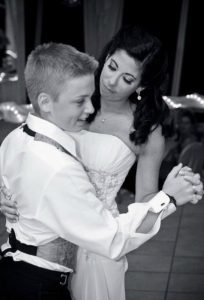 It sounds like a fairy tale, right? Girl meets guy, falls in love and easy-peasy gains a built in family! But, while literature often pegs the role of stepmother as evil, I am here to argue that notion wholeheartedly. It is not an easy role and takes hard work and patience to be successful.

What does being a stepmom really mean?

Becoming a stepmother means that you are choosing to love another person’s child and choosing to find your place in that child’s life. And that is a worthy choice. You fell in love with your husband and his child is a part of him. Be open minded to growing a relationship with the child even if it takes time to develop.

Being a stepmom is a reality that it never was “just us.” From day one of our relationship, there was an innocent human to consider. Our early dating was timed around whenever my husband had or did not have Damon. Sometimes he even joined us on a date night out. I can think of quite a few Yankee and Lightning games that we went to as a family.

And not only did you score yourself a new child, but along with that comes an amount of… well…baggage. The child didn’t just appear out of thin air. Some sort of previous relationship had to exist for that child to be born. And until that child is an adult, YOU will have to deal with that fact. Before you commit to this relationship, ask yourself: Is your love for your husband big enough to have to deal with their past? If the answer is yes, please continue.

Being a successful stepmom means working together with all parties to ensure peace exists for this child. It means putting aside differences and making certain that the child remains number one priority. I’ll admit I am one of the lucky ones. I’ve heard horror stories of familial clashes. My stepson was raised with two parents who co-parent well (and subsequently two stepparents that respect that fact). He was not raised in a world of arguments and strife. And I sure as anything have never had a reason or a desire to rock that boat.

We may be different but we all share a common goal of raising a well-rounded young man with good morals and a bright future.

The world of a stepmom can also mean going above and beyond and accepting that it may not always be acknowledged outwardly. But still finding inner satisfaction that you got things done for that child. I guess that happens in all forms of motherhood, now doesn’t it?

Because the stepmom rewards are bountiful, my advice to you

I can’t speak to what drove Cinderella’s stepmom to be so evil. But, what I would suggest what she should have done is look at the big picture.

Realize that by marrying this child’s father, you are in part going to shape this innocent person’s life. Ensure they know you care about them. And in fact, you may find out they care about you too. Understand that the relationship takes time to develop. It is new to you and to them. And as an adult you have the expectation to be the mature one.

And if it sounds like a sacrifice, that is because it IS. But when you choose to love a man with a child, it is imperative you find a way to balance your relationship with your significant other and your place in the family and with that child.

I didn’t need a fairy godmother for my happy ending 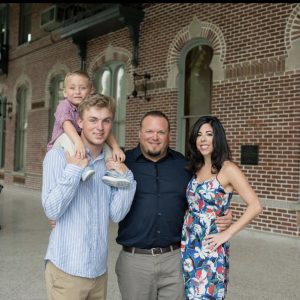 Now a decade into this role, I love watching my stepson with his baby brother, my son. I love that they do not think of each other as anything less than full brothers. I hope they never will.

I feel exceptional pride at my Damon’s successes. I teared up (happily and not cause it made me feel old) when we learned of his recent college acceptance. It is being on the rollercoaster of parenthood, feeling the ups and downs. Celebrating his wins, and being upset at the mistakes he may make. It is about encouraging him to grow into a smart, wise young man and hoping your influence helps him make good choices.

It is letting him know that he has another parent in his life who loves him unconditionally. My life as a Mom is full. I have a child who I gave life to, and one who life chose to give me. And I would not have it any other way.

For the new stepmom in the struggle of learning their place in a new family, my hope is that you take it from someone who has been there. Be patient and remember that you chose a man with a child and by default chose that child to be a part of your life.

Realize the joy a child can bring. Remember you are the adult in the situation and work hard to nurture the relationship with your stepchild. You may find it is worth the hard work to rise above that Cinderella reputation. 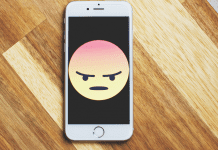 Can We Please Stop Fighting? It’s Time to Call a Mom Truce 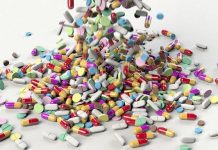