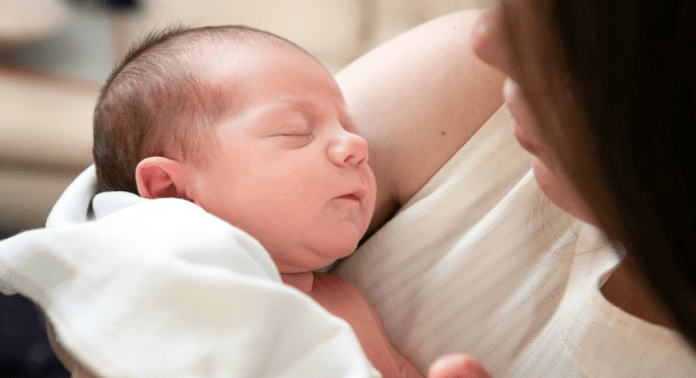 Five years ago, I was living in a suburb of Richmond, Virginia. I was due with my first child on February 17. I was so happy to be pregnant during the wintertime because I definitely couldn’t handle being this pregnant during the hot summer months. As I entered February and my last month of pregnancy, I was ready to get the show rolling but little did I know that my birth story would involve my blizzard baby and a long labor.

I entered my 39th week hoping that my baby would avoid a February 14th arrival. I wanted him to have his own day not associated with a holiday. Both sets of grandparents flew in on February 14th to wait for the arrival of our son. I felt a little like a sitting duck. Everyone was waiting for something to happen. So I continued to work. At that time I worked from home and wanted to work up until labor to be able to spend as much as I could with the baby.

I went to the doctor during my 39th week and no news. Many first time moms go the full 40 weeks if not more. I knew that would be me. So on Monday, February 16th, I woke up later than usual and after everyone else was up. As soon as my feet hit the floor, I knew, it was happening today. I felt off. I felt a little crampy and my stomach wasn’t feeling good.

Not saying anything to anyone, I went to work and made sure everything was in order for my maternity leave. Around lunchtime, the back pain started. It was terrible. I tried to eat something. I wasn’t sure it was labor because nothing I read mentioned back pain and period-like cramping.

By 2 in the afternoon I was in extreme pain and called the doctor. She was worried about the blizzard and that we could possibly get stuck at home. So we packed up and went to the hospital.

At the hospital, I continued to labor. Having never experienced pain like that I was asking when I could possibly see the anesthesiologist. They said I wasn’t far enough long but due to the blizzard they would keep me at the hospital but I need to labor more before the epidural.

After getting my epidural, I told my husband to set his timer to every 10 minutes. This is how often the epidural button would work. 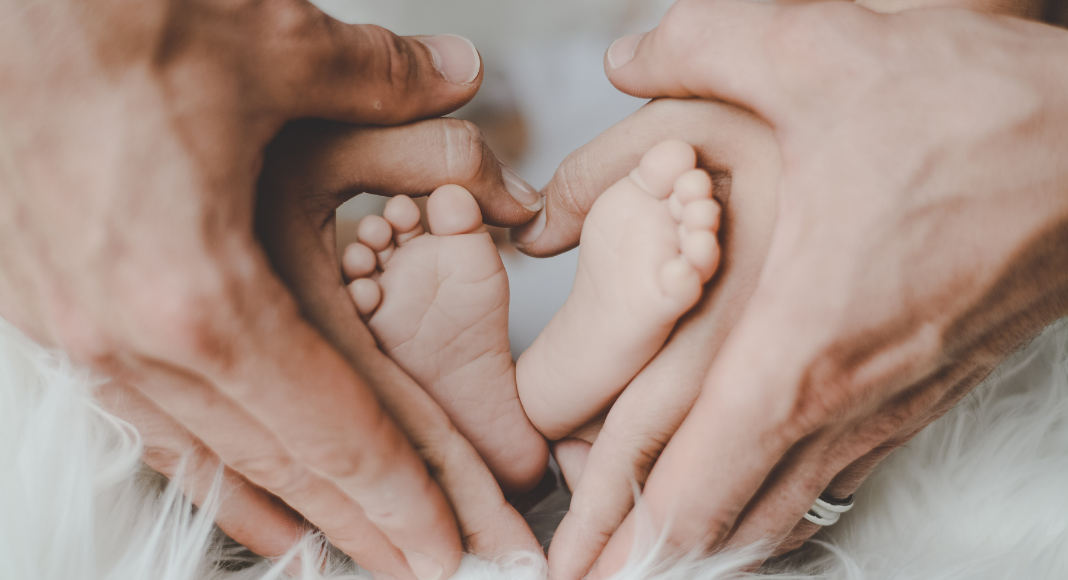 After 27 hours of labor, I pushed while laying on my side. Very uncomfortable by the way. But luckily it was only for 20 minutes and he arrived. Immediately after we were told we had to be moved because there were many women in labor waiting for the room. Unfortunately, holding my newborn we were wheeled into a storage closet to wait for an open room. You can imagine my anger and raging hormones weren’t pleased. Luckily my husband handled it and was finally put into a recovery room.

Breastfeeding was an adventure for me, but that’s a different story. Our son kept us busy, I think the only time we slept was when the nurse took him for tests.

Later, I found out that giving birth on your due date is not usual. Only 5% of women give birth on their due dates. So after our blizzard baby was born we were fortunate enough to have all of our parents in town to help out. My warm bundle of joy helped to keep us warm during that Virigina blizzard and we have a great story to tell. 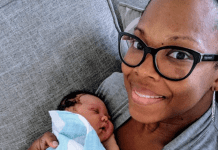