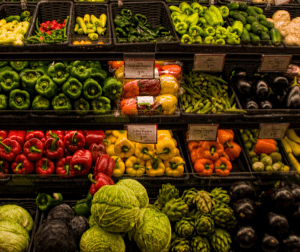 As I was cooking my second separate dinner for the night, I thought to myself, “You said you’d never do this. What happened?” I’ve done this to myself, and honestly, I don’t know when it happened. When my son was an infant, we started baby food as we were told. I even bought one of those expensive baby food makers and made all of his food organic. He hated it. So, we went a different route – baby led weaning. Basically, I handed him soft foods and he ate them. And he really did eat them – all of them. Avocado, steamed broccoli, hummus with soft pita bread, etc. But that was then, two years ago (or a lifetime in toddler time.) That good eater was replaced by a picky almost-threenager who will refuse a first meal (and sometimes a second) until he gets the dinner he wants. Yes, I know. This is my fault. I have a problem. Isn’t the first step admitting it?

In an effort to keep my son from turning in to a chicken nugget, I decided to start cooking recipes with hidden veggies. I made everything from muffins to bread to brownies and I was able to hide veggies in everything I made. He ate them! But I was spending literally all day in the kitchen; prepping, steaming, draining, pureeing. Have you ever tried to hide yellow squash in homemade banana bread or cauliflower in homemade blueberry muffins? As if making homemade baked goods wasn’t hard enough, let’s just add 5-6 steps to that.

I gave that up after a week or so.

Then I started buying veggie nuggets and veggie burgers. He liked them. I knew they weren’t the healthiest options, but I convinced myself that it was better than nothing. Veggie tots and veggie nuggets were our go-to when he refused to try the dinner I prepared for our family. I had accepted that this was going to be our life and hoped that maybe one day before he left for college, he’d branch out a little bit. Man cannot live on veggie nuggets alone.

One day, as I was wandering around Fresh Market he screamed “Broccoli!” and took off running through the produce section. He was going straight for the broccoli.

“Ok, I’ll get broccoli.” I grabbed a bundle and dropped it in the cart.”

“Nooooooooo!!!!!!” If you have or had a toddler, read this in the high-pitched “I’m losing my mind” voice.

Embarrassed, I bent down to talk to him. “Reece! Shhh! I got it, I got the broccoli, “I said, all the while thinking that it really didn’t matter because he wasn’t going to eat it anyway.”

“NO! Not that broccoli, this broccoli!” He was pointing to an identical bundle of broccoli still on the shelf.

Annoyed, I agreed and put the broccoli back in exchange for the broccoli he wanted. (Yeah, I know. This is a whole different issue, but one thing at a time, ok?)

When we got home, he made sure I put it away in the right drawer in the fridge and asked about it a few more times that afternoon. I decided to throw a Hail Mary and ask him if he wanted to help me cook it for dinner. He did.

Ok, that was fun and everything, but it didn’t mean he was going to eat it. When Matt got home he proudly told him he had helped with dinner. We decided this was our chance.

“I can’t wait to try it! Are you going to eat it too?” We both held our breath.

“Yeah!” He was so excited. We had to jump on it. We ate dinner immediately, a good half hour before we usually sit down before Matt had a chance to change out of his work clothes and Sophia finished her homework.

So this has been our go-to now. He picks things out, we cook it, he tries it. Sometimes he only takes one bite, but I’ll take it. At least he’s exploring, and eventually, we’ll find something he loves, right?