Hispanic Heritage Month is from September 15 – October 15 annually. These dates are significant because the independence days of many Latin American countries fall during that time. It’s a chance to celebrate the contributions and cultures of Hispanic Americans, and share tales of hope. I compiled a list of books that are available in the Hillsborough County Library that you can share with your kids.

The life of Frida Kahlo was full of tragedy. From her lonely childhood to the accident that would cause her pain all of her life. This beautifully illustrated tale of hope shows how she channeled sadness into art. For children preschool aged through 3rd grade. Available in English or Spanish.

This tale of a young Cuban girl’s passion for drumming is a beautifully illustrated and award-winning.  Because of gender norms in the 1920s, she could only dream of playing drums. So she shattered that taboo and became the first female drummer. For children preschool aged through 3rd grade.

Written in honor of the thousands of L.A. janitors that went on strike in April of 2000. This true-life tale of hope is that of Carlitos, whose mother was a janitor. His mother works every night while he is asleep, then sends him to school before she goes to sleep. Carlitos finds a unique way to help his mother. For children kindergarten through 2nd grade.

Separate is Never Equal: Sylvia Mendez and Her Family’s Fight for Desegregation

Sylvia Mendez helped end school segregation in the state of California 10 years before ‘Brown vs The Board of Education’ ended it everywhere. She was denied attendance at an all-white school due to her Mexican and Puerto Rican heritage. Her parents were able to organize a lawsuit which resulted in the desegregation of schools in the state.

Esperanza is an affluent Mexican immigrant during the Great Depression who finds herself living in a Mexican farm camp. This chapter book for older readers deals with difficult topics. It is the winner of many literary awards for realistically portraying the plight of migrant families.

As a Latina woman, it’s important for my family to learn about tales of hope and courage that our ancestors have lived through. How does your family celebrate Hispanic Heritage Month? 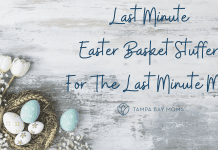 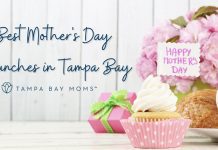 A Guide To Mother’s Day Brunch Around Tampa Bay 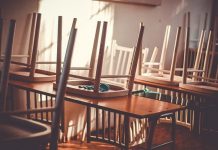 A Letter to My Daughter as You Leave Elementary School