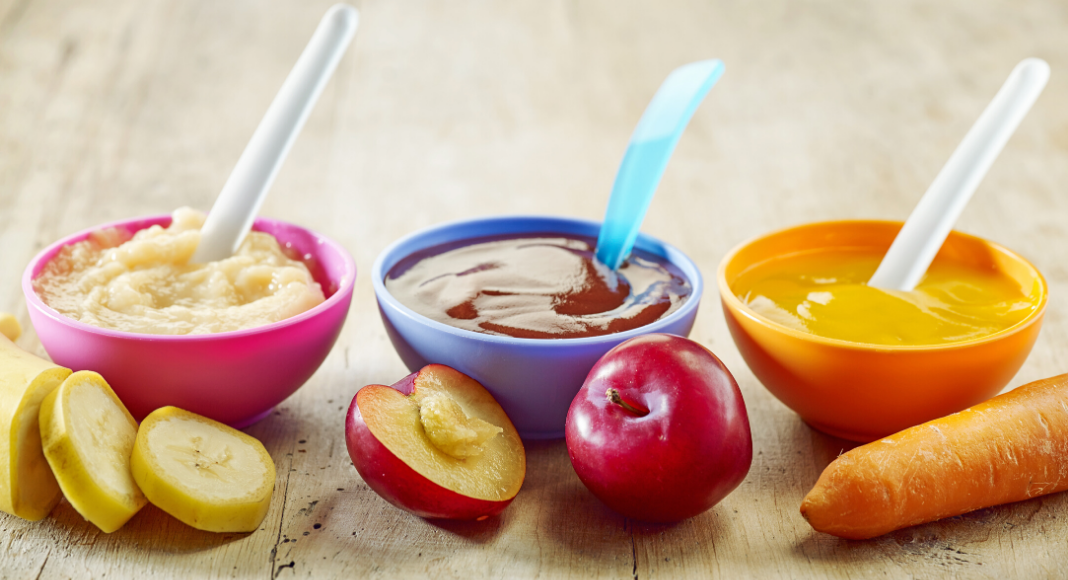 Finding out my son had an iron deficiency that sapped his energy, created hair loss and made him sleep all the time rocked my world. My heart further constricted when he developed red spots on his belly and splotches all over his arms, legs, belly, and back. Little did I know then, the answer to his problems would be solved with homemade baby food.

Concerned over this dramatic turn of events, we sought help from his pediatrician. She offered us an iron supplement promising it would help and take about three months to work. The allergist and dermatologist suggested we use Free and Clear laundry detergent, wash all his clothes and bedding and apply steroid cream three times a day.
We were on a mission to help my son overcome this health challenge.

The tide changed a few weeks later after meeting with a nutritionist to evaluate his intake and deficiencies. I had been feeding store-bought organic baby food in a glass jar and at about the time my son’s skin rashes appeared; I switched to organic blends of baby food purchased in pouches. When I shared this with the nutritionist, she pointed out the nutritional value in the pouches is very limited. She suggested I handcraft Samuel’s food from scratch and made some suggestions.

In the first week, I used a mix of the store-bought organic baby food in glass jars and the homemade recipes suggested by the nutritionist. On a hunch, I stopped using the store-bought food and only made my homemade baby food recipes for every meal.

After a week of fresh homemade food, my son’s rashes lessened and then completely disappeared. The iron supplement helped his energy levels and his hair loss started to reverse. I had my son back. I did the mommy happy dance and laughed out loud. Have you ever done that?

Could it be the food we gave him reversed the eczema? After following several groups on Facebook, I’d heard of some moms experimenting with different foods but not with the same success. So what is my secret sauce?

In crafting my son’s blend, I had to avoid using corn, peanuts, and sesame seeds, since my son is allergic. After a brainstorming session with the nutritionist, this is the recipe I started to use.

I purchase the organic chicken and carrot juice at Sam’s Club. For the potatoes and broccoli, I go to either Publix or Sprouts. My favorite buy is the large container of organic carrot juice from Sam’s Club because of the price. Only $5.

I baked a whole organic chicken in the Instant Pot, boiled cubed potatoes with a sprinkling of salt, and steamed the broccoli in a steamer on the stove. Once everything is cooked, I added the ingredients in a blender and mixed it until smooth. With my blender, I used the chopped function and the smoothie function once each time.

Then I added the mixture into 6-ounce glass jars purchased from Amazon. This recipe makes enough food servings to fill six glass jars with 4 ounces each.

I leave out two jars for the day and freeze the rest. To unfreeze, I transfer the jars to the refrigerator. At mealtime, I place the glass jar in a Pyrex bowl of hot water. Once thawed, I check for temperature and serve.

I tasted the first batch which smelled amazing and couldn’t get over the flavor. The test came when my son tried it. He scoffed it down in mere minutes. Success!

In recent weeks, I switched to sweet potato after reading they boost immunity. I have also substituted the broccoli for spinach because of its iron content. Remember Popeye?

You may also be interested in this article. https://tampabaymoms.com/food/feeding-tiny-humans-discovering-food-sensitivities/

Do you blend your own food? What is your favorite recipe? Share your deliciousness below. 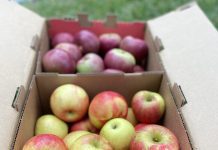